Porsche or Peugeot, Audi or Aston Martin – did you know that there’s always room for improvement?

A custom remap from Atlas will safely unlock your engines full potential.

In just 90 minutes we can reprogram the settings on your vehicles Engine Control Unit (ECU) to enhance performance with some impressive and proven results.

Remapping is the modern, safe, affordable way to Tune Engines. We can provide accurate figures on the gains that are possible for your particular vehicle.

All of our maps are remotely custom written live by technicians at Avon Tuning where the software has been developed and tested, we offer a lifetime software warranty with all installations as well as carrying out diagnostic health checks and data logging prior to any Tuning. 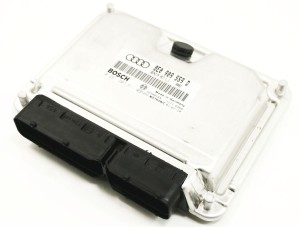 The engine control unit (ECU) is effectively a computer that controls how the engine works. The original default “maps” that are installed into ECU’s have a huge capacity for improvement as manufactures who sell their cars around the world have to take into account different climates, fuel qualities and laws when they program the original software.

Car makers are also known deliberately to limit the performance of their cars through the ECU so they can release faster/more powerful models at a later date, with just a few software changes and a much higher price tag.
Our technicians overwrite the ECU’s default settings with new Tuned software, specific to your engine which is programmed to enhance the car’s overall performance and efficiency.

We can remap most modern Cars, Vans, 4×4’s, Motorhomes and even Agricultural machinery, giving some impressive increases in BHP, Torque and MPG. A remap will also make the engine more responsive and acceleration smoother too.

We remap a huge variety of vehicles for many different reasons, there’s owners who have become bored with the current performance and simply want more power, those who’s find their vehicle underpowered and sluggish and want an upgrade, to those who tow caravans or drive work vans/trucks who are looking to increase torque and save ££ on fuel.

Whatever your situation a new quality map installed by Atlas Remapping is a safe, affordable way to get the most of out of your engine. We’re mobile and cover Somerset and further afield by arrangement.

We have access to some of the finest tuning equipment available on the market today and this allows us to offer a stage 1 remap on most cars that incorporate an On Board Diagnostic port (OBD). Of which, all petrol cars after 2001 and diesel cars after 2003 are fitted, however OBD ports can be found on to many cars prior to this becoming standard. Remapping through the OBD port is the most efficient, safe and non-intrusive tuning method that allows us to yield some truly amazing results without even opening the bonnet. This clean and efficient process, along with the advances in technology, OBD remapping is now available with Atlas Remapping as a mobile service.

When remapping through the OBD port is not possible the ECU will need to be carefully removed and opened in order for connections to be made directly to the PCB. we do this by using a specially engineered jig to hold the ECU in place while data pins are connected to specific points on the circuitry. Bench tuning is the nick name given to this process. Once on the “bench” there are several different methods of communicating with the ECU and the method used depends on the type of ECU and the internal microprocessor. We have all the equipment and experience necessary to safely carry out this kind of tuning on a mobile basis.

GET A QUOTE NOW