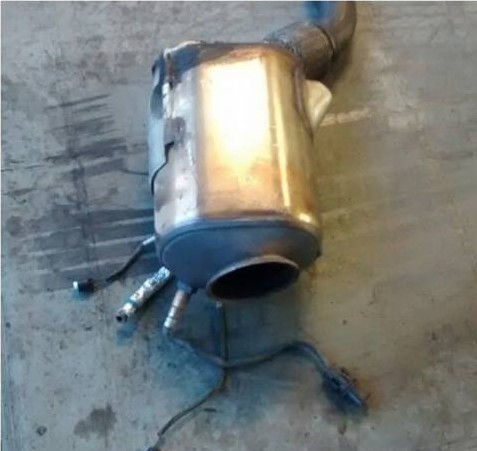 DPF related issues are a real problem for thousands of drivers across the country. Often those aware of the ticking time bomb opt for removal before any issues arise, some wait a little longer…

We received an enquiry recently from a lady who was at the end of her tether, her 2005 BMW 330d was up for sale but potential buyers had noticed the performance was seriously lacking, further investigation by a local garage found the DPF was getting clogged up. This was largely due to the owner changing jobs and only now driving a few miles a day and the regeneration process not occurring. The local garage suggested a forced Re-generation which was duly done. Unfortunately the Filter was just too blocked to make a dent.

The owner considered a DPF clean but at £200 she believed it to be a lot to pay for what could be just a temporary fix. A quick google search later brought her to us. We quoted for a complete DPF removal and a stage 1 remap to really unlock the full potential of the Engine. As she was desperate we pulled out all the stops and agreed to stay open late one evening, a few hours later the most blocked DPF filter our mechanic had ever seen had been put in the bin, the engine remapped and everything was put back together.

We received a text the next day from the ecstatic owner to say that she’d enjoyed the 50 mile drive home so much that she might actually keep the car after all. Job done!

Remapping a car that’s still under Warranty, what’s the deal?