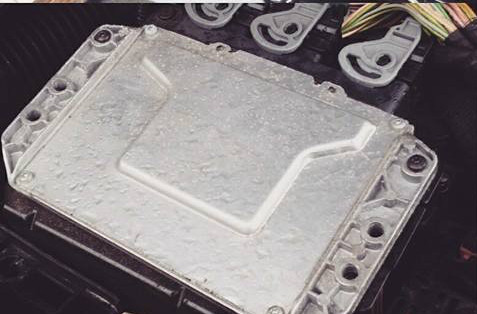 We had a telephone enquiry one Sunday afternoon from a chap who’d found our Website, his 2006 Citroen C6 2.7hdi was suffering from EGR issues, he had seen that we can offer a permanent EGR fix by deletion of the coding from the ECU.

New EGR valves on this vehicle would cost £600 + labour and it’s not a simple job, as access to the two valves is nigh on impossible, without the cooling system needing to be drained, associated pipework and radiator removed. The savvy customer had already managed to blank the EGR valves off manually in order to avoid this potentially expensive situation occurring but with the coding still on the ECU the errors continued to show. We explained how our process works and he booked a visit for the following week.

Once with the vehicle a custom map was put together to delete the EGR coding and at the same time a stage 1 remap was included.

We left with another happy customer who not only had his original issue rectified but also the benefit of additional performance and improved fuel economy! Not a bad mornings work!

Remapping a car that’s still under Warranty, what’s the deal?